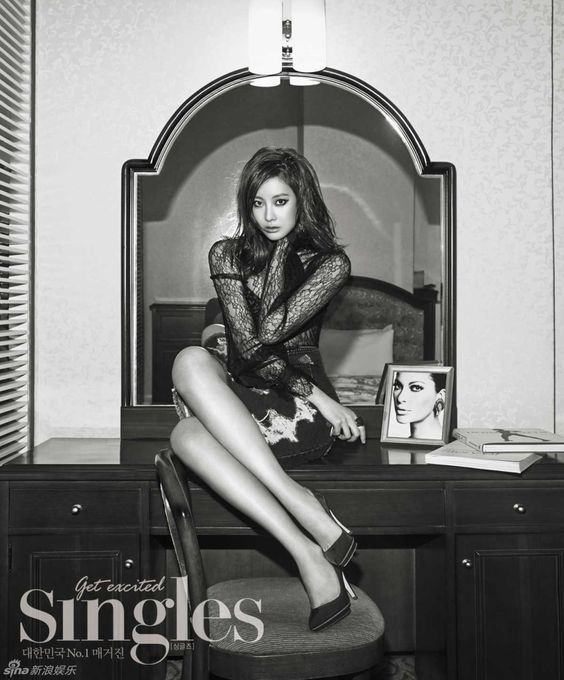 yeonseo
infobox
full name: oh yeonseo
date of birth: 06 | 22 | 87
Occupation: Florist
orientation: Heteroual
status: Single
timezone: GMT -5
style: Detailed semi-para, para to novel
preferred pov: 3rd
background
details:  Yeonseo was born into an already broken family as her parents had separated many times in their relationship - always coming back together because of the kids. Yeonseo and her older brother were often looked after by their grandparents and lived in their grandparent's home as money was always tight as her parents ran their family's flower shop.

Yeonseo never really known a day where someone wasn't yelling at each other or she was having to tune out fights from someone in her home - but it didn't seem to deter from her friendly and mischievous personality.She started taking care of herself from an early age unless her father wasn’t at the flower shop or fighting with her mother then he’d be helping her out – but often she would be doing everything herself. She started school and would hide her parent’s problems at home and try to keep her family life a secret – she even lied that her brother wasn’t her brother as everyone knew their home life from him. It caused a big riff in her relationship with her brother, and he did not treat her well and also exposed her to her classmates. Being exposed like this caused Yeonseo to be heavily bullied and she lost a lot of friends in the process, but she didn’t let this ruin her but rather she stood up to the bullies after having enough of the teasing and caused a fight which resulted in her being suspended for a couple of days – and grounded for four weeks but secretly her father was proud of his daughter standing up for herself.

When Yeonseo turned seven, her parents split up for good as her mother revealed that she had a new boyfriend and would be leaving, taking her brother, and she didn’t need a troublemaker like Yeonseo around – her father could keep her. Yeonseo’s mother never let her forget her black sheep troublemaker status – but the irony was the only fight Yeonseo was ever in again was that one from these words and actions her mother did.

Yeonseo stayed with her father just living with him and her grandparents. This is when her father started teaching her all about the flower shop and told her it was her job to take over the flower shop when he couldn’t. When other kids were off studying or playing outside with their friends, Yeonseo was learning about flowers or working at the shop learning how the business worked. This might have been odd for anyone to see such a young child working in a shop but Yeonseo would do anything for her father as he put food in her belly and treated her amazingly.

Middle school wasn’t much different for Yeonseo as it was mostly keeping her grades afloat and work at the flower shop while she find stray dogs around the flower shop that her mother would tend to kick away or shoo away – but her father never minded when she put food out for them or play with them when she wasn’t busy or was taking breaks.

High school rolled around and life was pretty much the same as she was just trying her best in school, and spending most of her time at the flower shop as her father was getting older and couldn’t work that well in the flower shop much anymore, so Yeonseo put out an ad for some part-time help in the mornings to help her father while she was at school – and this is where she meets her devil in sheep’s clothing. Yeonseo had never had luck with men even before this time, well at this point it would have been boys. She was never the prettiest or since her family never had money – no one would really want to be around her, so she didn’t know what she would have been looking for in a guy.

He was just a couple years old than her, a college student looking for an easy job when he wasn’t in classes. The two mainly interacted only when she was working for a short time in the evenings or on the weekends. She taught him a lot of what she knew – or she would watch her father teach him things which made her smile as it was almost like her father was able to teach his son the tip and tricks that she already knew even though it wasn’t his son. This college boy would also tutor Yeonseo on some days as her grades had started slipping. This relationship of working together and being friends lasted until she graduated high school.

At this point her life, she knew that college would never be an option so she fully took over the flower shower when was eighteen just starting to be there all day – and learning more of the business side of full blown commissions and contracts just so that her father didn’t need to be at the flower shop all day. This is also when college boy part-timer asked Yeonseo out on a few days and eventually they started dating. Their relationship was fine and seemed like any other relationship – until it wasn’t. Yeonseo was never told that always sending your significant other where you were going, who were with, why are you talking to him, or where are you, you’re five minutes late wasn’t healthy relationship make. She should have known seeing form her parent's own toxic relationship – but she didn’t because she was happy or so she thought she was.

Yeonseo ignored these red flags only because she was finally with someone and she was happy – the flower shop was doing well, and it seemed like everything was actually going to turn out well. However shortly after her twentieth birthday, both of her grandparents got sick so with money being tight – Yeonseo put up some up the shop savings to take care of her grandparents which didn’t put much a rift in her relationship as he was supportive – but she never knew when the nights she closed the slower shop early – he was out with buddies drinking, picking up other girls – but at the same time forcing Yeonseo to come pick him up, tell him where she was going, and she wasn’t allowed to go out late unless the hospital directly called her. She was starting to become like a puppy trapped in her home. The two never fought physically or verbally as Yeonseo avoided it at all costs reverting back into that little girl hearing her parents constantly fighting not wanting that around anymore – so it much more verbal manipulation and backhand compliments or him doing things that went over her head because she was a dummy who didn’t go to school like he was. She was only a pretty face with pretty flowers – so she should do as she was told.

This relationship lasted on through another five years hitting through both of her grandparents passing, his graduation, and getting a job at a company, and talks of marriage. Though he never acted like this around Yeonseo’s father, until her father came home to a vase flying across the room and one-sided yelling with Yeonseo covering her ears in the kitchen. With a few steps, her father was dragging the now man on the porch steps and kicking him to the curb – he gets things from him in the morning and if he ever comes around again then he would end up being used as fertilizer for the plants.

Yeonseo lied that was okay. Everything was okay – she should be used to this. She was a troublemaker and a good for nothing. This was bound to happen. Many years after this Yeonseo shut herself off, just working at the flower shop and keeping things afloat as she never wanted to talk about him again or even really date again – as who would really want her now? She was nothing and just trouble.

Now being in her thirties, and reconnecting with her brother a couple years ago when their mother got sick and passed away shortly from cancer she had tried to hide from her son – and he thought it would be important for their mother to try to mend her relationship with her only daughter and this kind of happened but the two women would never be that close. Yeonseo spoke a lot with her brother about her past relationship and learned that she was somebody as she had grown their family’s business into something magical and wonderful – and she deserved someone to share with as her brother had found – and her nieces and nephews needed cousins to play with.

So, Yeonseo’s brother found the program and showed it Yeonseo thinking this would be the perfect opportunity to get that shot at love. She applied for it and now living her normal day to day life until she gets that call that they’ve found a match for her.
personality
details: POSITIVE; LOYAL, BUBBLY, ENERGETIC, ADAPTIVE, TALKATIVE, FRIENDLY, PROTECTIVE, OPEN-MINDED, Kind, & OBSERVANT

NEGATIVE; MISCHIEVOUS, BOSSY, RESENTFUL, JEALOUS, VENGEFUL, BLUNT, ASSERTIVE, SARCASTIC, Flirty, & NOSY
out of character
details: JUST A HEADS UP - I DO HAVE SOCIAL ANXIETY, SO IT IS HARD FOR ME TO APPROACH OTHERS FREELY, SO PLEASE DO YELL AT ME OR PM ME FIRST IF YOU WANT TO RP.

AND, MY TIME ZONE IS GMT-5 BUT YA GIRL HAS INSOMNIA AND ALSO IS ON AT RANDOM TIMES AS WELL SO PM ME AT ANY TIME.

03. /RATED M PLOTS WILL BE DONE IN PM OR RATED ROOMS

04. I AM PRETTY GOOD WITH REPLIES - BUT IF I HAVEN'T REPLIED IN A DAY OR TWO - JUST REMIND ME!

05. I DON'T LIKE PLOTTING ROMANCE - AS I THINK IT SHOULD HAPPEN NATURALLY.

06. BUT I WILL PLOT - THERE NEEDS TO BE A GOOD REASON AND SOME SORT OF ESTABLISHED REASON/RELATIONSHIP THERE FOR IT TO HAPPEN.

07. I AM PRETTY DOWN FOR ANY TYPE OF PLOT/ GENRE REALLY, JUST RUN IT BY ME OR SUGGEST SOMETHING!

08. PLEASE LET ME KNOW IF SOMETHING IN THE PLOT OR SOMETHING ISN'T WORKING - OR YOU DON'T WANT TO RP ANYMORE, OR YOU WANT TO CHANGE SOMETHING. 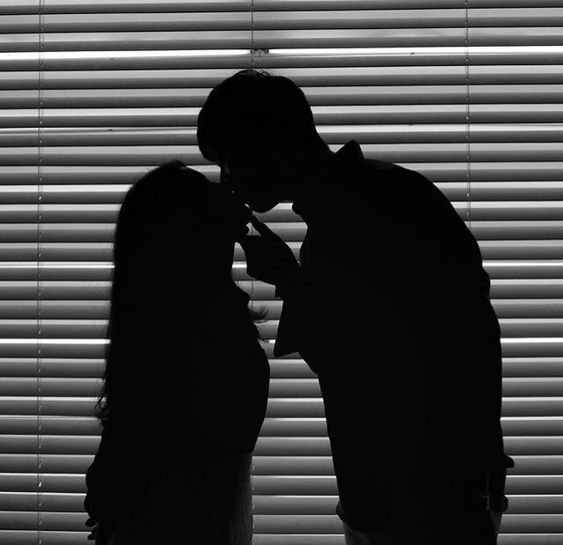 home
gallery
message
more
❝no matter where you are tonight, I'll fly around the world to find you❞ 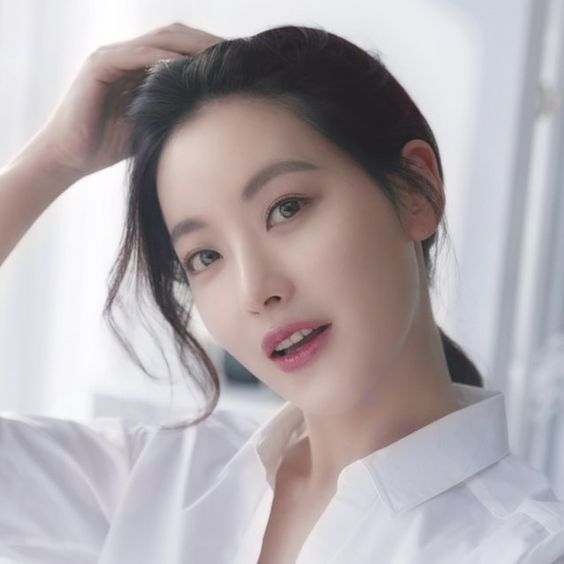