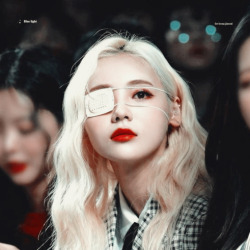 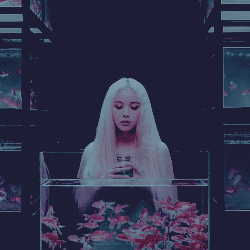 and i fortunately know a little magic. but of course, what else do i do? i help poor, unfortunate souls such as yourself.

personality ;
nymeria has a tongue as smooth as her mother's — that is, she can most likely convince you to do things for her without her even putting the slightest bit of magic in her tongue. her wits are sharp and quick, and she is incredibly intelligent. like her mother, she has a dark sense of humor, but contrary to what most people perceive her to be, nymeria doesn't have a naturally dark and sinister heart.

however, this does not at all mean that she has a soft heart. having been the center of fear and scorn as she grew up, she is a hardened individual with an exterior that is extremely hard to crack. she is extremely distrustful — and this is also the reason why she prefers to seal her deals with magic. she doesn't trust the person at the other end of the deal to keep up their word without some sort of leverage.

she is described as harsh and cold-hearted, having almost no empathy when it comes to the people around her. it should be noted that this is not the case every time. once someone has earned her loyalty, she will be their lifelong ally. it is hard to anger the latter, her patience as big as the oceans.

fears ;
being left behind — isolation.

abilities ;
sea magic: as the daughter of a sea witch, she is able to practice sea magic at her will, with the power given to her by a necklace made by ursula for her to use. her spells manifest as purple energy.
— aquatic life manipulation: she has the power to manipulate marine life, though not as strong as her mother just yet. she can control swarms of fish and other sea life.
— water manipulation: she has the power to manipulate water at her will. she is the strongest at the sea. she carries a bottle of water with her always, just in case she needs to defend herself.
potion craft: she is skilled in potion brewing. this, she's at the same level as her mother, if not more.

1 ;
— melos syreni's voice is trapped in one of the pearls on nymeria's necklace.

2 ;
— she has a collection of trinkets in her room.

3 ;
— she has a siren's voice—its quality adds to her marketing talk, and she sings well too.

on june 13th, when the sea raged and the skies howled and wrecked the lands and the ships that sailed across its waters, it is said that the baby born has been cursed by the gods themselves. her name is nymeria, and that is how her tale begins.

daughter of the wicked sea witch.
oh no! another devilspawn has come!
no, don't get closer! i do not want to get cursed!

the reputation of her mother, ursula, precedes her. not once has she not heard her mother's name within her vicinity. she isn't born with her mother's hatred for the citizens of atlantica. she's just a simple girl who wanted to get out of her mother's cave — she wanted to be recognized as nymeria, not as simply ursula's daughter.

truly, for a being such as her who lived and survived under the sea, she felt as though she was drowning.

her home served as her cage. her mother trained her as though nymeria was her successor. become a strong witch, ursula would say. make the blasted mermaids pay.

it didn't matter if she wanted to be someone else.

all that mattered was that she was the daughter of the sea witch of the deep seas. she was nothing other than that.

at a young age, nymeria has become a fearful witch, capable of creating the same contracts her mother has once done. it's a facade nymeria wears well. she has her mother's smooth tongue, gifted with angelic visuals and a capacity for magic that is as big, if not bigger, as her mother's.

truly, nymeria is a terrifying witch at only fifteen.

school isn't much different from home, she thought when she first attended fairytale academy. her reputation has spread even before she stepped foot within the premises. as the daughter of one of the most powerful villains, she understood the spotlight.

but who was it that they were truly looking at?

it wasn't nymeria. it was the daughter of ursula.

love of their life 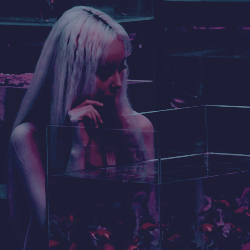