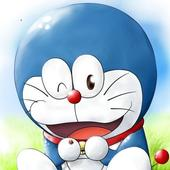 infobox
✕
a mysterious door appeared out of thin air at the center of an even more mysterious (and very fictional) island In the middle of the east China Sea. The Chinese call it 神秘島, the Japanese call it 不思議島, and the Koreans call it 신비한섬 (I'm wheezing in google translate right now, please don't judge) — you can call it wonder island. When Wonder Island was first discovered, there was only the door. Explorers wondered what a door was doing in such a remote place, opening the door to see if it worked, only to be into what seemed to be another world. The first to open the door fell into the familiar warmth of his home, and the next fell into a world he had only read of in books. The third explorer, well, seeing their colleagues fall into a mysterious door and disappear, didn't walk through the door and instead, waited for the two to come back through the same door. The man who fell into the world of fiction walked out just three minutes after he fell in, but to him, it felt like a hundred years of fantasy and action. As he told his colleague of all his epic tales, hours and hours had gone by until they realized that the man who first stepped into the door still hadn't returned. The two stayed the night awaiting their colleague to return from his adventure. They woke up to the sound of their missing colleague's lively cheer. He had spent the day with his family and lost track of time, returning to the door as to not startle his colleagues.

Although the magic door takes you anywhere you want to go, it seems to always take only three minutes to go somewhere fictional or of another time. Anywhere in the world that you explore at the present moment will spit you back out the door when you go through the door, if you choose to go back through the door.

How do you get back to the door? Well, it'll just be standing there, waiting for you to come back through it Whether it becomes part of a wall or stands alone in the middle of nowhere. It will just become a regular door to everybody else except for those who have gone through the original door.

the magic door was supposed to be a nonau rp with a bull premise that enabled us to have an excuse to have a chatroom and, like, extra rooms in the off chance that we "felt like rping." But lmao we've all seen rps like that come and go, right? not saying this rp isn't going to come and go too lmao but i figured this concept just had too much potential to waste on a ing basic nonau chatroom since the concept of the magic door was to get out of our own little worlds that we're currently trapped in and i thought it'd be nice to have a little corner where we could travel anywhere we want whether it's somewhere half across the world, fictional, or even in another time.  The magic door is also something that I think we could all reflect on in our own lives. Now that you're sitting somewhere in the midst in a pandemic between tragedies, where do you want to take the magic door to? Or perhaps, when? Honestly, I feel a little guilty for making this rp a nonau and not an au, but I also want this place to be a space where everybody could feel comfortable, and I mean everybody including those who have anxiety joining au's because of the pressure of constantly spitting out threads. I don't want to put any pressure on anybody to do what they don't want to do, but I also want to give space to those who want to explore great worlds in one rp because a lot of the time, those two people are the same person.
rules
✕
one) favorite before reserving. Your faceclaim will not be added until you favorite. Upvoting is optional, but necessary for a second.
two) this is a nonau rp. Your faceclaim is who they are canonically in reality with artistic interpretation. Faceclaims will be limited to east asians (china, korea, Japan, and others upon discussion), as the door is set in the East China Sea, between the three countries. 18+ please. second character after an upvote. third with a blog.
Three) Please be civil with one another ooc. I'm not saying you have to somebody you have beef with's , but just don't bring that energy in here if you can. I mean, I'll do my best to help, but, hun, that's not my responsibility and I will only be helping out of the kindness of my heart.
four) do not feel pressured to plot with everybody. It is completely okay to write prompts by yourself, to yourself, especially if you haven't found anybody that sparks inspiration in a plot. Part of the magic of the magic door is self exploration. I wholeheartedly support solo threads of exploring places if that's what's in character for you. Finding yourself is the best step you can take to finding others who will make your experiences better.
five)  Please take this time to enjoy yourself without feeling any pressure to meet anybody's expectations. I hope you find some therapy in this rp.
application
✕
full name
occupation
timezone
If you could go anywhere without any restrctions, where would you go?
Where is the magic door?
Summarize rules two, three, and four with less than ten words.
more

could I please have Jeon Jungkook
This is semi au?
should i be lisa or feng fan :o
so is this like...a semiau?
i tried read the description but my brain is being scattered by you calling it a nonau but at the same time it's..it's not? LMFAO can someone dumb this down for me? my eye cannot strain anymore to re-read ;3;

or is this freeverse?!