constellations in a nutshell

So, normally, I'd be a little more prepared with this description, but before I start talking about the rp, I just wanna say I did this on a whim (like most things I do) and I'm not entirely done doing it. Because of this, I have accepted 6 curious onlookers who are kind enough to want to join and help me out so far. I need people to help me test things out and offer their feedback on what I have so far as well as anything moving forward. If you're someone who can do that and are interested in joining, feel free to do so. You can ignore the activity requirements and the deadlines for the requirements you'd have to do if you were joining for real. Consider this a soft opening of sorts and just chill with me while I make this rp.

Now, as for what this rp is exactly. Constellations is an rp I've been planning to open for about three or four years now very loosely based around the zodiac things. I used western zodiac stuff as the foundation, but from time to time, we might dip our toes into other kinds, like Chinese zodiac, for example. My original intention for this rp was to make it heavily events based, featuring a revolving/alternating concept where we have our muses venture into different AUs (ATLA and fantasy ones, for example). It's still kind of going to stick to that, but it's going to be a more "go with the flow" kind of rp (hopefully) rooted in simplicity. This in mind, I eventually turned it into an apartment AU based in San Diego, California that still had some of those quirky zodiac AU features, and here we are.

I'll improve this description later when I officially open, but I hope that helps paint a picture of what this rp is and what I hope to do with it. If not, rip, but that's what the rules and rooms like the "Tenant Registry" room are for.

read them over carefully

To help curve suspicious accounts, if you are on an account that is less than 6 months old and it is private, we will ask you to unprivate and tell us your old username. All potential participants must be on an account that is at least 6 months old, or share their past username(s) with us so we can verify you aren't a suspicious account. We will not welcome people who cannot cooperate with this.

We reserve the right to not accept any applications we feel do not meet the standard.

We also reserve the right to remove you from the roleplay for breaking the rules or if we receive a number of complaints about you. We have in place a two strike system and you will be given a 2 hour notice before you are officially removed unless we deem it necessary to remove you effective immediately.

Do not join this roleplay if you're going to play games and try to leave and come back. After being reaccepted once, we will not welcome you back for a week if you leave again.

If you can't respect the admins and the rules of this rp, you will removed immediately.

If you wish to leave the roleplay, PM the landlord. Failure to do so will result in you being banned/blacklisted from the roleplay.

Out of character drama will not be tolerated. Leave your OOC elsewhere and/or handle that in private. Any issues, please report them to the admin bot or go to your personal PMs instead of publicly discussing them. You will be warned once and/or kicked if found causing drama. Please just be on your best behaviour.

Make sure you are keeping any and all ual conversations and sensitive topics, threads, and images to your own personal walls and PMs. We do not want or need that in any of our chats and rooms that are not rated for that reason.

Keep IC and OOC separate. If you wanna break character, do so strictly in the OOC room or on walls/in PMs. Also refrain from roleplaying in the OOC room.

We aim to be a semi-literate to literate roleplay. There should be no text talk or emojis/emoticons and the like save for in the OOC chat and wherever else appropriate.

We will allow in character drama and such. Just be sure you a) make sure to include trigger warnings for things when appropriate, b) have your partner's consent, and c) keep that out of public spheres. We ask that you add warnings for things like and sensitive discussions out of consideration for others, and any heavier things need to be in your PMs.

Faceclaims in this roleplay are to be given OC names and only addressed by these names when speaking IC. On that same note, we ask that you give your muse a name that is tied to their cultural background in some way. Because the RP is based in North America, we understand that it’s totally possible to have an American sounding name for an Asian faceclaim, for example, but all we ask is that you be mindful of who you choose to take up as a faceclaim.

We will not accept ulzzangs, youtubers, cosplayers, instagram models, adult video actors, the deceased, anyone who has stated they do not wish to be roleplayed, anyone who is involved with a crime, and those who have left the entertainment industry.

No pregnancies at the moment. Also know that there will be in place a three week, three thread, and 150 point dating ban. This means both partners will need to have been in the rp for at least three weeks, have to have at least 3 ongoing threads, and 150 points. Marriage ban is double that. Characters with backgrounds involving NPC children or ex-spouses are allowed for now, but should we feel a need to change that, we will update you on this.

Your faceclaim can be anyone 19 and older internationally. Age modification is allowed by 3 years either way, but your muse must still be 19 years or older.

You may CC a faceclaim twice a month, so, again, please be mindful of who you choose to take up as a faceclaim. You may also acquire additional characters after two weeks of being in the roleplay and getting permission from admin pixels. There are other things you’ll need to know about CCs and additional characters, so if interested in either, please go to the “characters” room for more information regarding this.

Inactivity starts after 15 days of not posting. That means you have 2 weeks, and a 1 day grace period to get active. If you happen to go inactive, you will be kicked without warning. If kicked for being inactive, you will not be allowed back in for another three days and will receive a strike. The inactive warning will be shortened to 8 days during periods when most of the community is not as busy. We will notify you of such when it occurs. Please keep that in mind if you join. If you ever need a hiatus, just click here.

If we see you just posting once every two weeks or have any reason to believe you're just hogging a faceclaim, we will remove you.

If you were removed for inactivity, you will receive a strike and you must wait 72 hours before you can reapply for the same faceclaim. During this time, your desired/former faceclaim will still be up for grabs, so it’s best to stay active. People who are removed three times will be blacklisted and have their character deleted.

our top three of the month 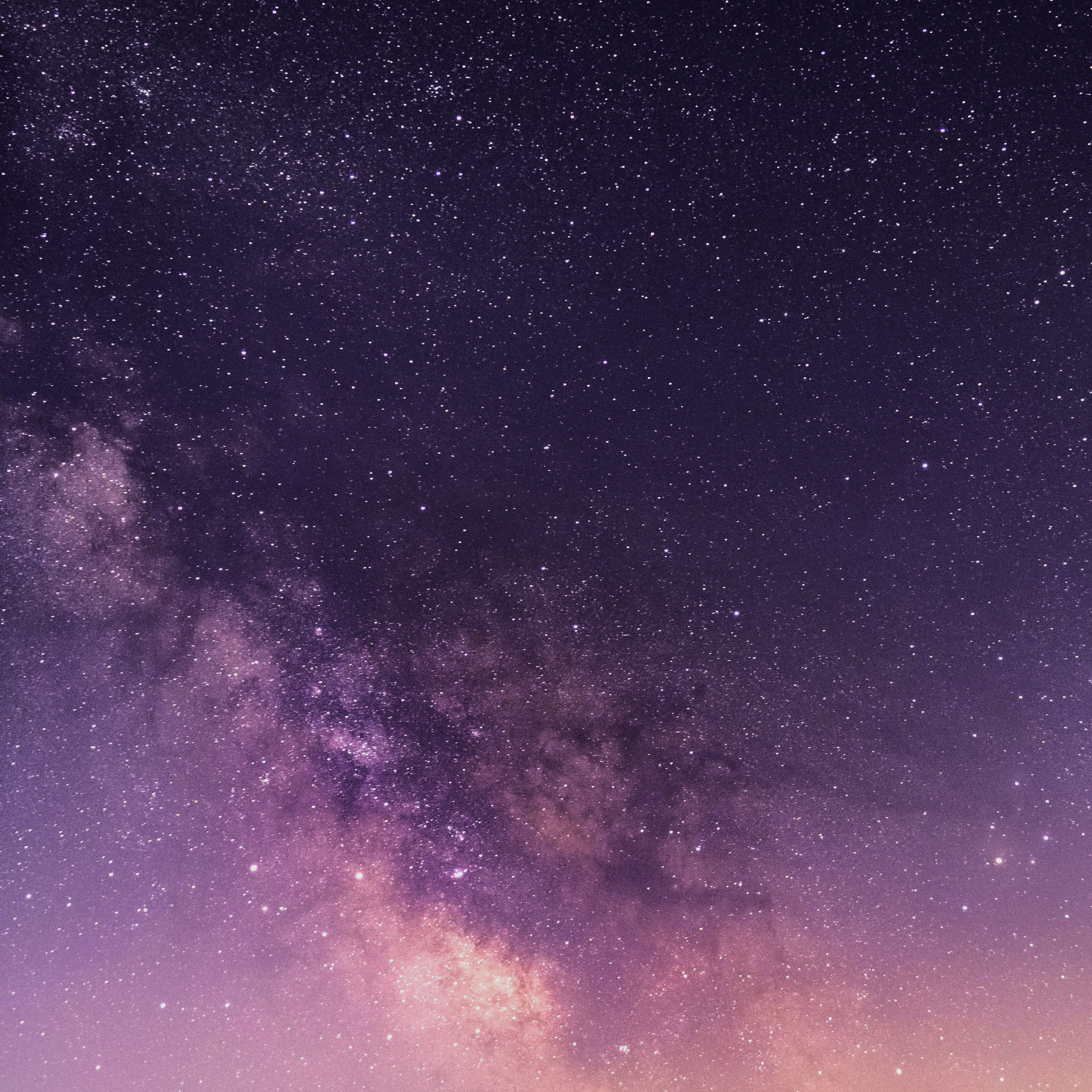 Created the rp, but kept it on draft and worked on it slowly because it was like 2am when I started doing so.

Took the rp off draft and did a soft opening kind of thing so people could help me figure out what works and what doesn't for this rp. Will see how things go from here to determine how they'll go in the future. 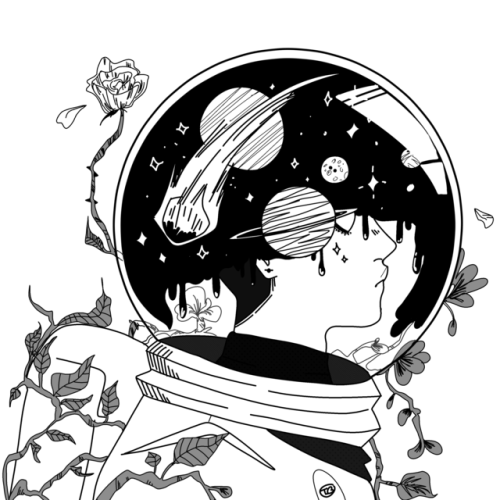 click the pic to be redirected (no link yet)

Please read through all of the rules and read the guide tab to learn more about the rp. After that, make sure you've favorited and upvoted the rp, then use the following format to reserve a character. Those who do not will have their comments deleted. Please fill out the following in its entirety when attempting to make a reservation.

Characters will be saved for 24 hours and we will give you a 24 hour extension if you actually need it. Check the rules page to see our list of taken facecalims and signs.

After you apply and are accepted, please wait until you are tagged with the welcome message before you post anywhere.

Remember, if you neglect to use the format above, you will have your comment deleted and we will not add your desired muse. Reservations last 24 hours before they expire.

fill it out in it's entirety

A new tenant is moving into the [ DIRECTION ] building! Meet [ OC NAME ], the [ RANDOM ARCHETYPE ] on the [ SIGN ] floor! They’re a [ AGE ] year old [ OCCUPATION ] from [ HOMETOWN ] who recently moved in. Some have said they look a lot like [ FACECLAIM ], but that's debatable. Anyway, rumor has it that they’re kind of [ 3 DEFINING TRAITS ], but we’re not the type to judge based off of hearsay. Let’s give them a minute to get settled in, then we’ll get to know them a little better and see who they REALLY are.

⸺   sᴇᴀʀᴄʜɪɴɢ ᴛʜᴇ sᴛᴀʀs ғᴏʀ...
ㅤㅤ• ɪᴅᴇᴀʟʟʏ ( 04 ) ᴍᴏʀᴇ ᴍᴇɴ
ㅤㅤ• ɪᴅᴇᴀʟʟʏ ( 00 ) ᴍᴏʀᴇ ᴡᴏᴍᴇɴ
ㅤㅤㅤ○ ɪᴅᴇᴀʟʟʏ ( 01 ) ᴍᴏʀᴇ ᴀɪʀ sɪɢɴs
ㅤㅤㅤ○ ɪᴅᴇᴀʟʟʏ ( 01 ) ᴍᴏʀᴇ ᴇᴀʀᴛʜ sɪɢɴs
ㅤㅤㅤ○ ɪᴅᴇᴀʟʟʏ ( 00 ) ᴍᴏʀᴇ ғɪʀᴇ sɪɢɴs
ㅤㅤㅤ○ ɪᴅᴇᴀʟʟʏ ( 02 ) ᴍᴏʀᴇ ᴡᴀᴛᴇʀ sɪɢɴs
✧･ﾟ: *.·:·.☽   ᴜᴘᴅᴀᴛᴇ!
Should you be interested in applying right now, we are no longer accepting Sagittarius men!
just dropping some upvotes and love for this! i hope you're doing well, i'm not sure if you still remember me haha ;;;;
A new tenant is moving into the SOUTH building! Meet AUGUSTUS "GUS" SEO, the LOOSE CANON on the SAGITTARIUS floor! They’re a TWENTY-ONE year old STUDENT AND DOG GROOMER from PERTH, AUSTRALIA who recently moved in. Some have said they look a lot like LEE FELIX, but that's debatable. Anyway, rumor has it that they’re kind of FLIGHTY, OBNOXIOUS, AND RECKLESS, but we’re not the type to judge based off of hearsay. Let’s give them a minute to get settled in, then we’ll get to know them a little better and see who they REALLY are.
✧･ﾟ: *.·:·.☽   ɴᴏᴛᴇ!
Please make sure you read the rules and how to join sections before commenting, and please also include your muse's OC surname if it is culturally appropriate to do so. Also! Instead of posting what number floor they are on, please state what floor they are on by using their zodiac sign like in the example post. ("the Devil Incarnate on the Cancer floor")
Log in to view all comments and replies