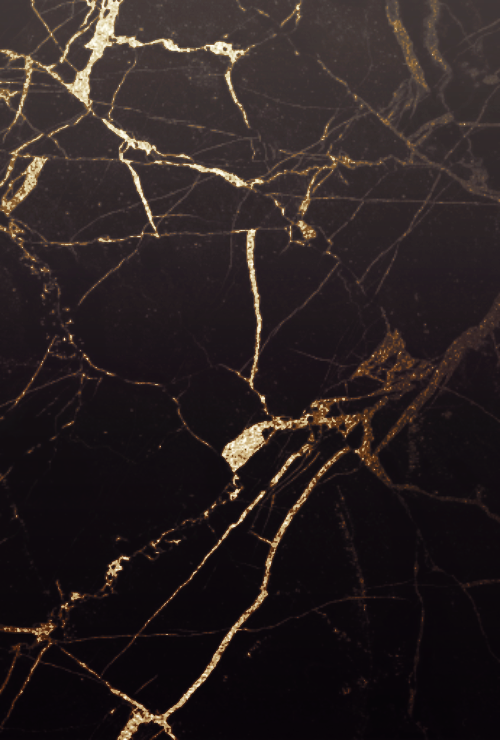 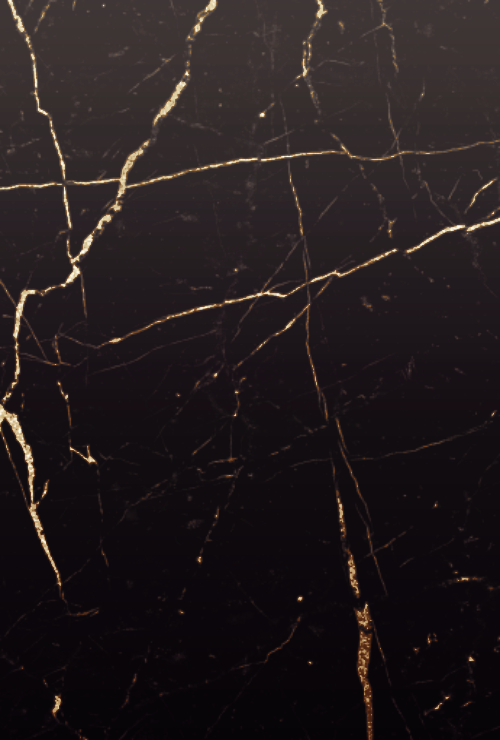 He drew the dagger and laid it on the table between them; a length of dragonbone and Valyrian steel,
IMPERIUM
as sharp as the difference between right and wrong, between true and false, between life and death.
Centuries ago did the four greatest kingdoms of our world; Kronos, Myrador, Zoraq, and Aeris live in chaos, battling against each other for resources and power, suffering in the state of absolute savagery. That was until they each took down their arms and gathered together for a single eve of peace without violence or treacherous death. It was then in which their valiant kings who had fought for so long finally came to form the Treaty of Harmony, officially beginning a new age of peace. The kingdoms thrived, becoming rich and powerful in their own unique ways without fear of being attacked by their neighbors.

Yet that was not enough for King Helias of Kronos. He had gone mad with greed over the years of Kronos’ success and lusted to conquer the remainder of the four great kingdoms for himself. Thus, for the first ever time, Kronos broke the Treaty of Harmony and invaded their neighboring kingdom of Zoraq.

The long fight dragged on for three exasperating whole weeks as the two fierce armies battled against each other in what has famously become known as The Battle of Perfidy. On the final day, King Helias was brutally assassinated while resting further away from the battlefield. It is believed the assassin was a Zoraqi infiltrator, though some have suspected the killer was of another origin.

No matter who caused the downfall of King Helias, Kronos pulled back from battle and retreated, leaving Zoraq the victor yet with many innocent lives lost. This betrayal was the flickering flame which has ignited our previously peaceful lands to once again fight in the merciless Imperial War. Choose a side and pray on the stars it shall be a victorious one.
imperium
Welcome to Imperium, a fantasy au reopened on 2022 June 17th. Come revel in the rich kingdoms and endless lores today. 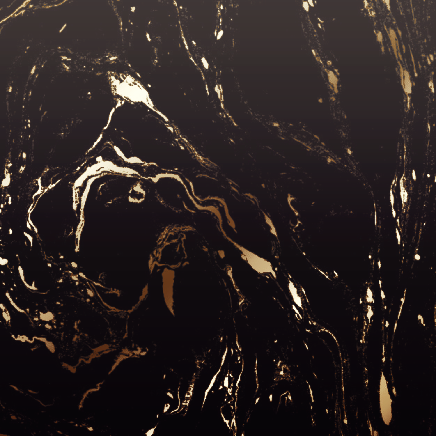 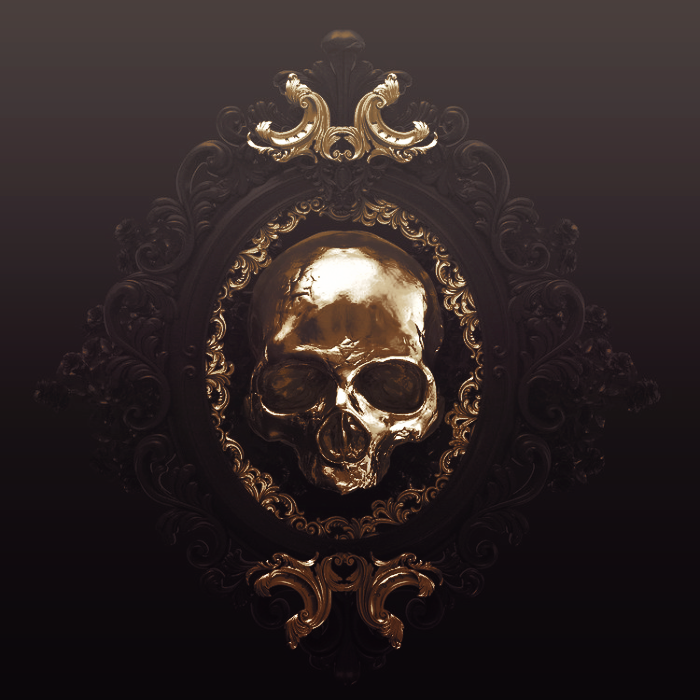 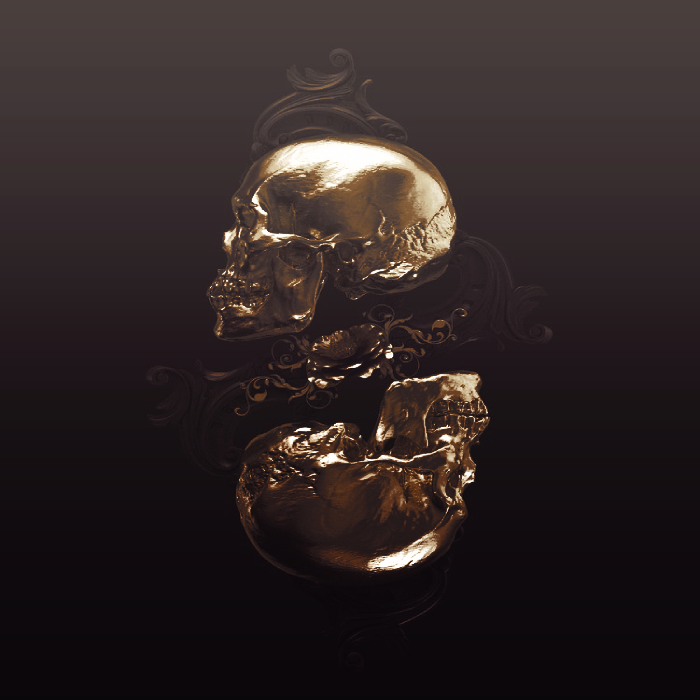 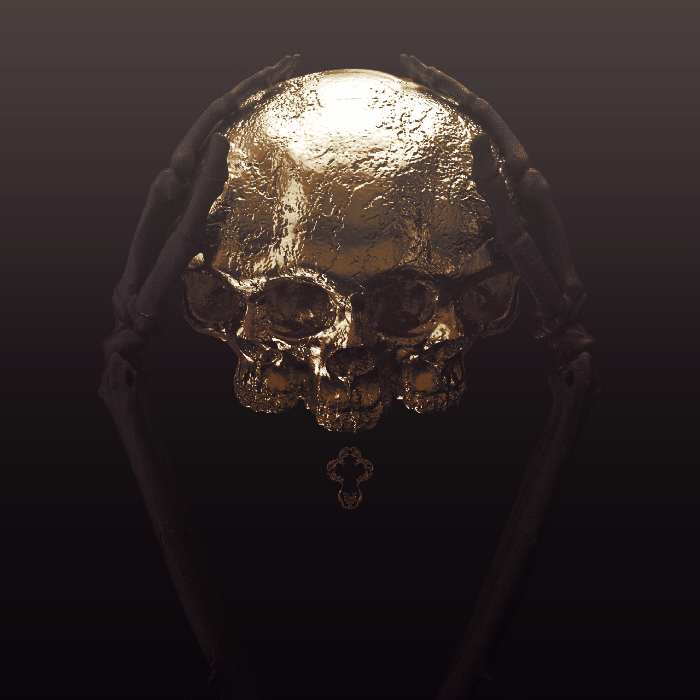 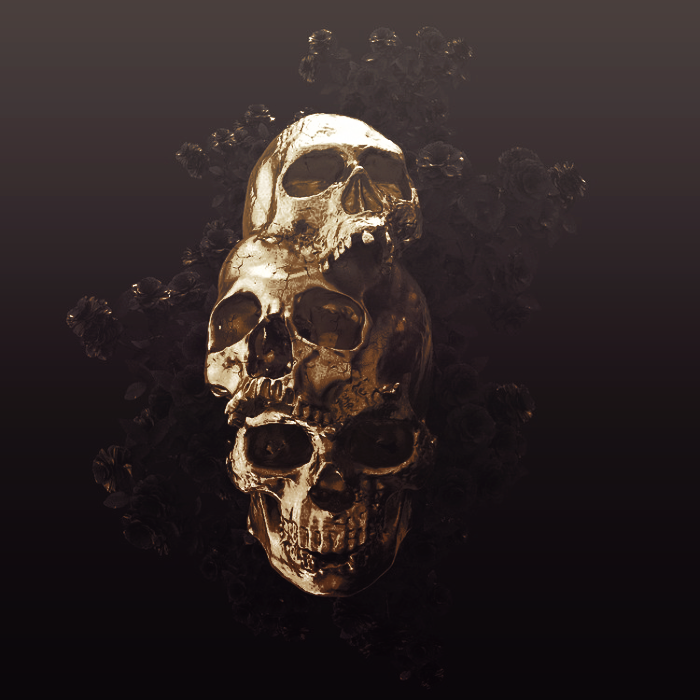 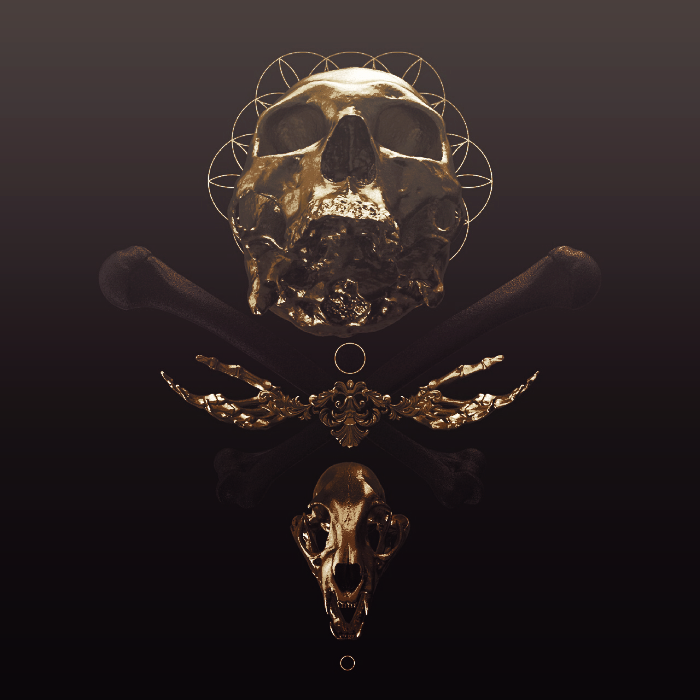 01. favorite the roleplay before reserving. upvotes are mandatory to receive a second character. please read all rules and info rooms before you apply. we have a right to reject anyone for failure to comply with rules, problematic behavior, or inactivity.

02. check the faceclaims room before commenting to reserve. we will only accept faces and characters who are ages 18+. you may tweak your character's age as long as the minimum is 18 years internationally.

banned faceclaims are anyone who is deceased, involved in major crimes/scandal, wish not to be roleplayed, or under the age 18.

5 characters allowed per user. read the requests room for details on how to get additional characters.

if you have an issue, discuss it civilly and privately. contact an admin if necessary. those who are found in violation of this rule will be given only 1 strike if the issue is resolved. you will be removed and blacklisted if you receive a 2nd strike.

04.  keep nsfw content in rated rooms, walls, and pm. put trigger warnings in any replies, threads, or profiles as needed. this includes both ooc and ic rooms so no one is blindsided.

although this roleplay will have mature themes and violence, we ask you to please be mindful of sensitive or nsfw topics as they might be triggering for others.

ic drama is encouraged, but must be discussed or plotted beforehand with all parties involved. do not mix ic with ooc.
activity rules

01. inactivity is set to 10 days. you will receive only 1 warning to fix inactivity within 24 hours or else be removed from the roleplay.

you may return, but if you go inactive and are removed a second time you will be blacklisted. do not simply make one post then vanish again, admins will notice your absence.

02.  full and semi hiatus can last from 1 - 30 days total. if you need an extension, please pm an admin with a reasonable excuse for why.

refer to the requests room for a hiatus. if you try to ask for a hiatus anywhere else, you will be ignored.

03. you must have a basic profile + 1 active ic thread within your first week of joining. failure to meet this requirement after your week has ended will be considered inactivity.

you do not need a fancy profile layout. your application information being copied onto your profile is sufficient enough as long as people can easily approach you for plots.

04. if leaving, pm an admin with your reason for leaving us. failure to do this will result in being blacklisted.
character rules

01. it is important that you thoroughly read all the rooms under the information tab before you apply. these rooms will help you to understand how our roleplay's universe works and how you can create a character that fits well.

admins will notice if you haven't read the info rooms and potentially can reject your application if you do not fill out the app correctly.

example : making your character a king of kronos when the spot has already been taken.

if you have any questions or concerns about the roleplay, please be sure to read our faq room before you ask an admin since we might have already answered your question there.

02. this roleplay is intended to be highly plot-driven with several events and other activities.

although participation in these activities is not required, we seriously encourage you to do so.

we intend to hold 1 major event per month with a 2 week cool down period before continuing to the next.

03. the main themes of this roleplay are war, conflict, and competition. whether it be warring kingdoms, politics, or culture clashes, this is where imperium's focus will lie.

although we support your creative freedoms and will be exploring other themes- such as supernatural species, abilities, and deities- we ask you to please keep in mind the main themes when developing your characters or plotting with others. we do not want characters who have no connection or are not at all interested in the important events of the roleplay.

04. due to the nature of the roleplay having supernatural abilities and dangerous combat elements, we will allow ic deaths and permadeaths.

if you are plotting the death of a character, you must get permission from all parties involved as well as discussing with admins before you officially proceed.

if a character has died, you will be removed from that character and they will be placed in our 'graveyard' on the masterlist. the faceclaim will also be banned from being claimed by other roleplayers unless you wish to have your dead character return.

we will allow characters who have died to return back to life. however, you will need to request for it and pay 500 points in the requests room.

please think carefully and be certain that you wish to carry out the death of a character before you commit to it. while it can be interesting for plot developments or to retire a character you have lost muse for, it can still be a triggering topic for others as well as cost you 500 points.

05. we have created specific lore which everyone must abide by and recognize as canon. to avoid confusion, conflicting backgrounds, or losing focus of the roleplay's main themes we will not be allowing any other lores, species, or powers which are not already established.

admins might change and develop the lore over time. we are willing to adopt new ideas, we just don't want people to clash ooc over differences in lore or backstory. this has previously been a major issue.

please note that royal court positions might be stolen, overthrown, voted in/out, lost, etc during events. be sure to read the information rooms for more details.

06. oc names are optional and encouraged, but not required.

apply
how to reserve

01. check the faceclaims room to see which faces are currently taken or banned (due to ic death).

02. read all rooms under the information tab. you should have a good understanding of how our universe works and what is allowed.

you may reserve 2 faceclaims immediately as long as you upvote the roleplay. you cannot claim more than 2 faceclaims from the same group.

reservations last 48 hours. you may request for a 24 hour extension.
important note

please make sure your character and background complies with the roleplay's established rules, lore, and timeline of events.

admins will reject your application and ask you to make changes if we notice your character and/or background does not follow the lore.

read our information rooms and contact an admin if you have questions or are concerned about your application in any way.
application

⇢ full name: oc names are optional, but not required.
⇢ date of birth + age: 18 years minimum. please use our ic measurement of years for birthdates.

why can't you use normal birthdates? our universe is set on a fictional world that is not earth. read the info rooms and faq room for explanation.

⇢ species: read species room.
⇢ powers: read powers room. 1-4 maximum if applicable.
⇢ weaknesses: must have 1-2 minimum and be relevant to your powers if applicable.
⇢ occupation: read occupations room. if royalty, please specify which kingdom and position you are taking. read royals room to check availability of positions.
⇢ longevity: if royalty, specify how long you have held your position in court and the exact years when. check the royals room to make sure your timeline fits with current lore.

example: reigned as queen for 10 years from 9 bp until present day.

⇢ background: 1-5 sentences. remember that your background must be in compliance with our rules and lore, especially for any royals. 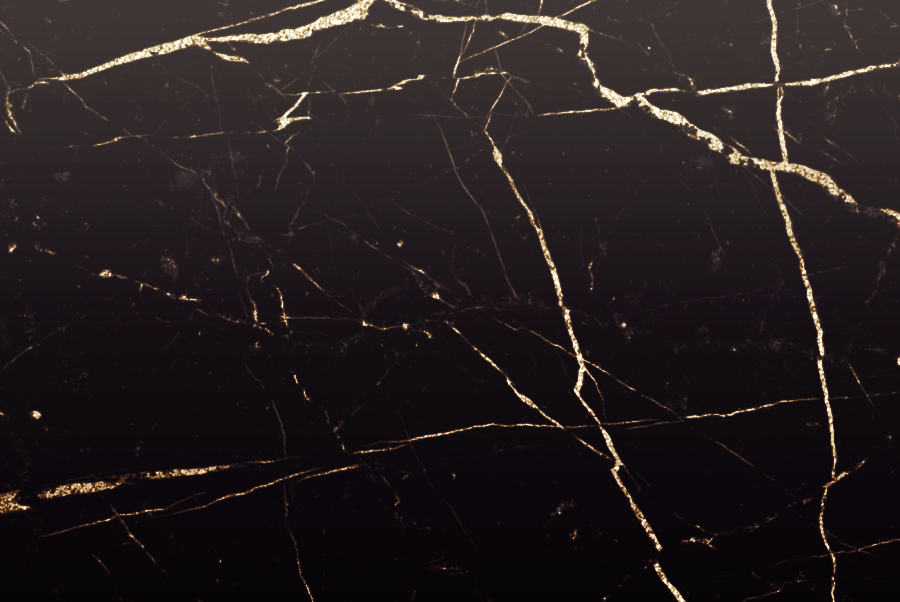 final words
open and accepting. high fantasy au.
make sure your characters comply with our rules, lore, and timeline of events. if you have questions or concerns, contact an admin. thank you and we hope to see you soon!
II
the four kingdoms 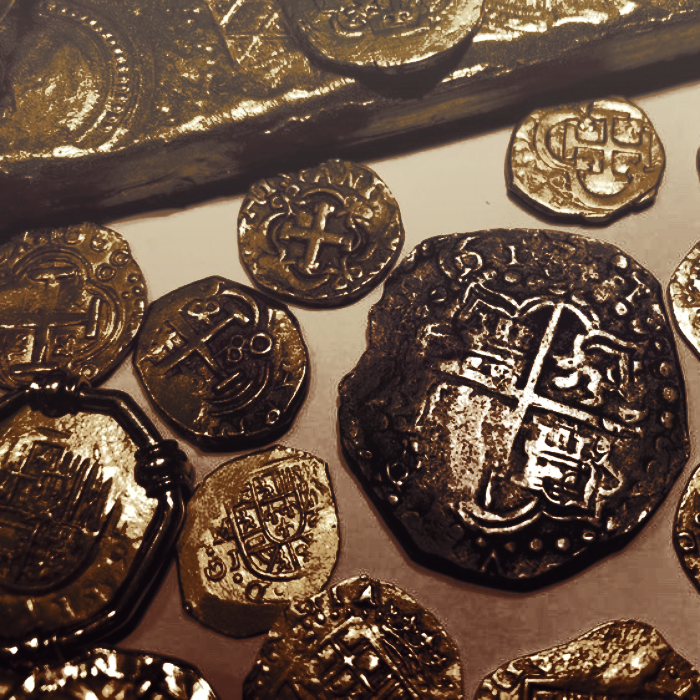 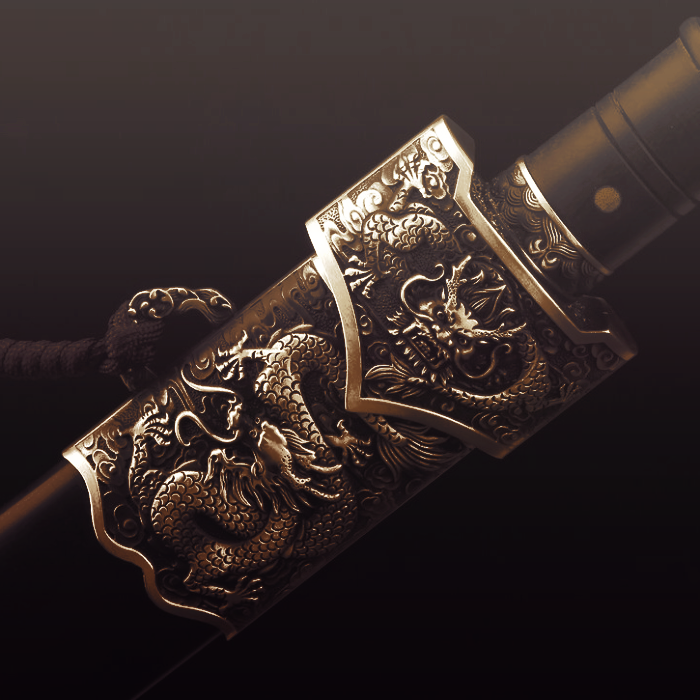 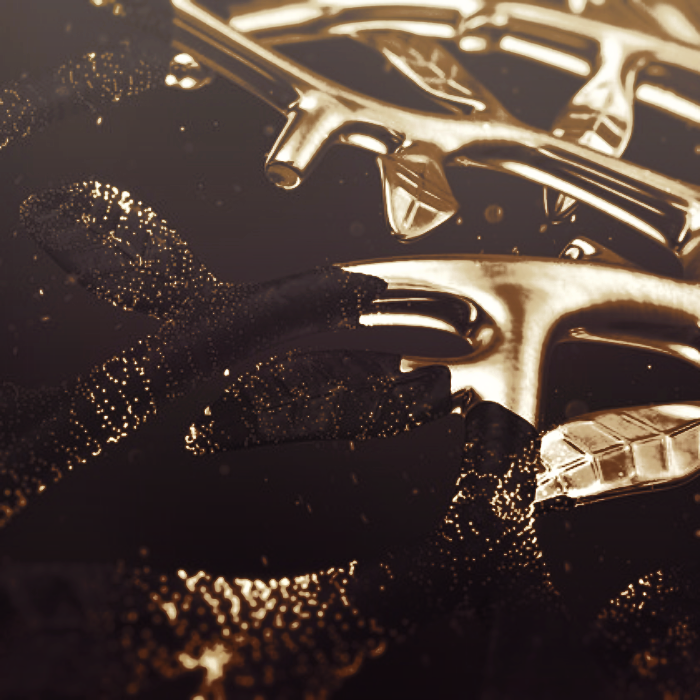 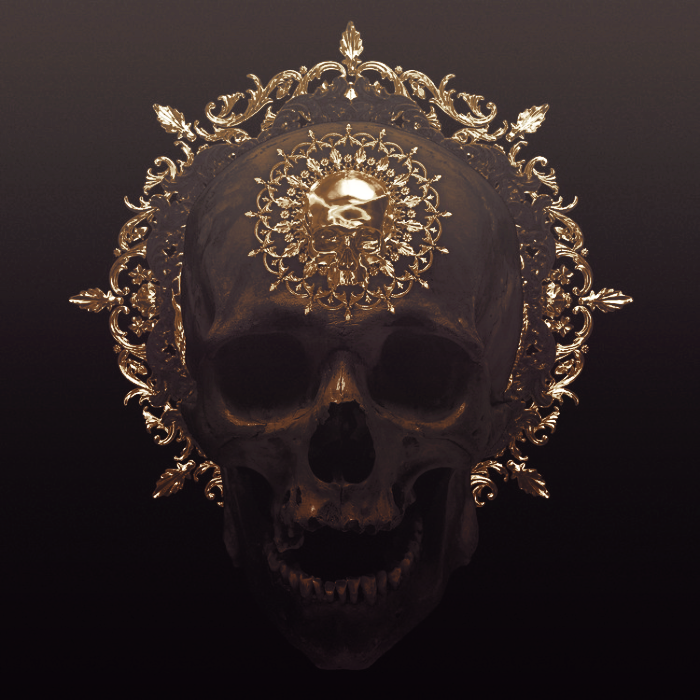 Hello! May I please reserve the actress Liana Cornell?
may i have enhypen's sim jaeyun/jake and txt's choi beomgyu reserved for me, please?
hello may i please have nmixx's seol yoona (sullyoon) and aespa's kim minjeong (winter)? thank you so much!
It's the way I keep eyeing that kronos king spot
hello could i reserve im yoona?
so sessi <3____<3
〖 ❛ ɪᴍᴘᴏʀᴛᴀɴᴛ ❜ 〗 ⫶ we are no longer accepting any more of the following until we even out our stats;
› elf species.
› halfblood species.
› humans with powers (includes witchcraft, potions, spells, etc).
› any powers related to the dead or spirits (necromancy, speaking with the dead, astral projection, etc).
› any healing related powers.
› any elemental related powers (fire, water, earth, air). merfolk with water-based powers or fairies with earth and nature-based powers are an allowed exception.
› any pirates or criminal-esque occupations.
› wanderers, nomads, etc. your characters are still allowed to travel around for whatever reason, but we would like to see more characters who have settled in a territory they call 'home'.

we would like to see more of the following join us;
› the remainder of our available royals filled, especially kings.
› those who were born and/or live in myrador.
› fairies.


I can't join at the moment unfortunately due to work and school, but you can have my upvote and my favorite, love ♡
late but congratulations on the feature! you sososo deserve it!
heh eue............I might be back e u e...... /shot
Log in to view all comments and replies