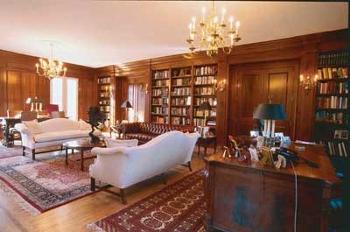 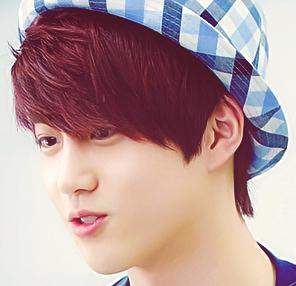 @minseok [] PFFT taking all the time that i need-- gonna go ahead and do just that /shot. this is so messy and choppy. forgive me.

Watching the clock, he waited, still as a statue. It seemed like he was doing that a lot now a days: staring at the clock. He watched time tick by impossibly slow and the mundane classes passed by through to the end of the day, until Junmyeon was left for himself once again. He was alone for the most part after hours and needed that time to correct papers, to sign the legal documentation, to keep up the face of this establishment as he admitted more and more demons under his wing. But on a much smaller scale, Junmyeon had another part to play: the teacher, the mentor, the instructor. With all this time on his hands, Junmyeon somehow finds a place and a time to play all the roles, because if he didn't, he would be wreaking havoc - he'd be no different from his father.
Junmyeon watched the clock tick - we waited patiently for the allotted time that his pupil would come in for extra help. Kim Minseok had been the next object of Junmyeon's curiosity because the young Leviathan never sensed such a presence before - what creature did this student spawn from?
@taemin Next time I'll follow you to your
bed and tuck you to sleep, and it'll be
night time too, hehe.

You will be so awake the day after there
won't be any needs for naps <3
@chanyeol screw that.
I love night time.
I can't give it up.
/whines again
@taemin No, I told you if you slept better
at night you wouldn't have to do this here!
@chanyeol good boy.
/makes a face at
that's why I was taking a nap.
@taemin /eyes widen; gulping firmly./
I-I won't say anything more.
/clears throat and scoots further away./
Then sleep when it's night
@chanyeol shut up.
/snaps.
or else I'll molest you... or something.
/glowers at.
when I'm sleepy, I get whiny
@taemin Since when were you such a cute whiny baby?
/giggles and sits my legs folded./
@chanyeol ow ow!
/holds my knees and whines loudly
I doubt it.
@taemin /falls on the ground/
x n x
well, he probably afforded it himself.
/flicks both your knees and rolls away/
@chanyeol /complains
but it's such a comfy couch!
he's a spoiled headmaster.
/pushes you off of me
@taemin /stretches your cheeks with both hands.
this is not a place to sleep!
@chanyeol /squawks and flails
I'm awake I'm awake!
/watches the scene unfold, unamused, and trying to get some work done/
/frankly, a little miffed/
What... in the name of Poseidon... are you two hooligans doing..?
@taemin wake up WAKE UP
/shakes you abruptly.
@chanyeol /yelps and jumps awake, staring at you
...ow.
@taemin /jumps on you
/falls asleep on the couch, sprawled out
@junmyeon [] same. tsk tsk
@chanyeol [] all yours. pleasure doin business with you, man.
@junmyeon I steal the v-card though
<< Previous Room Next Room >>