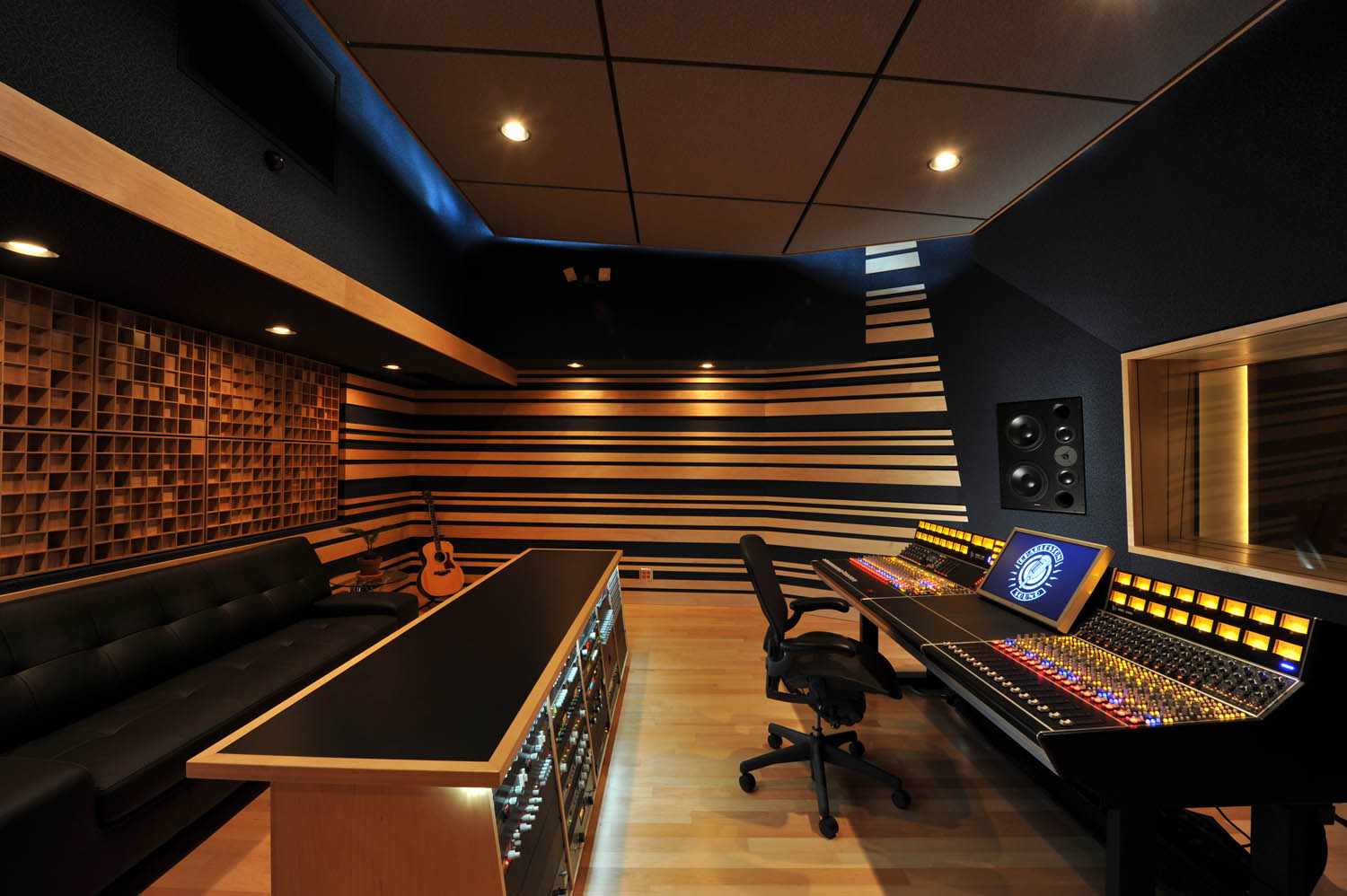 All album recordings will be done here. You may also record demos here if you are a songwriter, producer or even a trainee with the talent for it.
24,658 notes
#hashtag
♡ ↻
coded by yxgurt

@lee jooнeonᵗʳᵃᶦⁿᵉᵉ nods once and grins slightly
okay- thanks~
coughs slightly, adjusting myself in the seat before watching you, pressing the button once given the signal and smiling more brightly

@lιan нυaιweιᵗʳᵃᶦⁿᵉᵉ nods as I stand up
yeo that's the one
after double checking everything, I start to play the song and go inside the booth, waiting until the right spot before giving you the signal to press the button.

@lee jooнeonᵗʳᵃᶦⁿᵉᵉ mm, yep~
grins slightly at your words and moves seats as i’m asked to before nodding once, pointing at the button to verify
this one, right?
looks up to you with a smile

@lιan нυaιweιᵗʳᵃᶦⁿᵉᵉ no worries. Your first time in the booth?
*raises an eyebrow as I start to set everything up to record*
I'm sure the dance will be great. Now come over here and sit. When I give you the signal I was you to press the record button for me okay?

@lee jooнeonᵗʳᵃᶦⁿᵉᵉ mm- alright, thanks, gege-
umm would you mind going first? i’m a little nervous about stepping into the booth..
says softly before nodding to you
thanks, i’ll make sure it’s good- the dance, at least~

@lιan нυaιweιᵗʳᵃᶦⁿᵉᵉ yeah, if there's something I don't like or want you to do a different way or something I'll let you know. Wanna get in or want me to go first? I have some more of the lyrics down.
*looks at you and nods*
that's fine with me, you're the dancer not me so I'm trusting your judgment.

[pretend he has just the first half and the choruses done]

*listens to the music outside the room before I was about to go in and is in awe*
He is so good!
*skips away happily but then frowns when I am away from others*
I need to get better like my hyungs.

@lee jooнeonᵗʳᵃᶦⁿᵉᵉ ahh no, i’d be happy to~
mm- i can try to figure out what you want me to do as we go, then
just help me through it, yea?
grins slightly, leaning back in my seat and humming as my eyes follow your movements
mm- i think i’ll figure out the choreography once the song is complete if that’s fine..?

@lιan нυaιweιᵗʳᵃᶦⁿᵉᵉ I mean...if you want to anyway. Nothing too crazy just some harmonies and backup vocal stuff. I want it to be a little more complete than just a normal song guide whether we get to use it ourselves or not. Though that would be great.
*nods my head to the beat as I go over lyrics in my head, writing down any new ones I come up with to finish the song*
Something...smooth I guess? Laidback. You're the choreographer so I'm not sure if you'd rather follow the lyrics or the beat

@lee jooнeonᵗʳᵃᶦⁿᵉᵉ mm-
smiles before nodding, moving to sit a little closer to you
alright then- ahh you want me to help with the recording process-? i mean- okay-
nods once again, my expression becoming a bit more serious as i listen to the instrumental, lips pursed
mm- it sounds good.. what kind of sound we’re you wanting for the harmonies or just the song in general-? if i’m going to be helping with the recording part..

@lιan нυaιweιᵗʳᵃᶦⁿᵉᵉ no problem
*nods at your explanation*
gege...okay. Now about this song. I got the music down, I'm like halfway through with the lyrics. I'd like to record some harmonies with you though if that's alright.
*connecting his iPad to the speakers, he plays the instrumental for their song*
https://www.youtube.com/watch?v=xiXIhQ6g7Ws

@lee jooнeonᵗʳᵃᶦⁿᵉᵉ mm- thank you..
smiles slightly when you drink the milkshake and takes the other, taking a drink of it quietly
of course i’ll keep bringing milkshakes- they help me think~
hums, trying to think and shrugging
it’s basically the equivalent to hyung.. but less confusing since both boys and girls use it

@lιan нυaιweιᵗʳᵃᶦⁿᵉᵉ You do that and I’ll do the same. No more drinks when you’re around
*chuckles and takes a long sip of one of the milkshakes*
Especially if you keep bringing shakes
*tilts my head in confusion with a furrowed brow*
Gege? What’s that?

@lee jooнeonᵗʳᵃᶦⁿᵉᵉ mm.
squints slightly, noticing the mocking smile and doing my best not to just get up and hit you
i guess-
sighs heavily, crossing my arms
i’ll try to respect you more, i will not call you hyung, though.
says in an angry tone before humming, tone softening as i look down with a slight pout
i’ll call you gege

@lιan нυaιweιᵗʳᵃᶦⁿᵉᵉ I’m sure you do. Which is why I’m being respectful and will no longer drink in your presence.
*smiles mockingly before downing the drink*
There, the rest is put away. Happy now?
*raises an eyebrow and shakes my head*
I don’t care if you’re pissed off or not. You should still show respect to your hyung.

@lee jooнeonᵗʳᵃᶦⁿᵉᵉ sighs heavily and rolls my eyes
whatever- i have my reasons for being sensitive about alcohol!
grumbles under my breath and squeezes my eyes shut shortly
just that one drink. and only because i’m a nice person- if i weren’t i’d have found a window someplace in this building and thrown it out the damn thing
ah- older or not, i’m pissed off!

@lιan нυaιweιᵗʳᵃᶦⁿᵉᵉ raises an eyebrow
it's just a drink dude it's not that serious, it's not like I'm getting drunk off my . Or drunk at all, I'm barely getting tipsy, loosen up
looks at you then at my cup
well at least let me finish what's in my cup already. It's a pain in the to try and pour it back in the bottle. And don't raise your voice at me, don't forget I'm older than you.

@lee jooнeonᵗʳᵃᶦⁿᵉᵉ nods slowly, sighing slightly and sitting before looking away from you to keep myself from snapping
no problem.
glances at you shortly and sighs, shaking my head a bit with narrowed eyes
mhm, sure it is- i just- hate alcohol. so not around me if you’re even going to drink, okay?
says irritatedly, my voice raising unintentionally

@lιan нυaιweιᵗʳᵃᶦⁿᵉᵉ looking up from my iPad I grin at the shake then turn the grin to you
Hey man thanks
glances at my drink and then at you before shrugging, pouring a little more before putting it away
Relax man, it helps my creative process. I’m not gonna drink that much

@lee jooнeonᵗʳᵃᶦⁿᵉᵉ grins slightly as i make my way to the studio, a milkshake in each hand figuring it’ll be a nice treat while we work on the song and dance
carefully opens the door before properly holding both shakes once again, making my way to hand one to you after closing the door before blinking at the drink and frowning slightly
ah- hey...
says softly, an annoyed tone slipping in a fit of anger as i set the shakes down
<< Previous Room Next Room >>