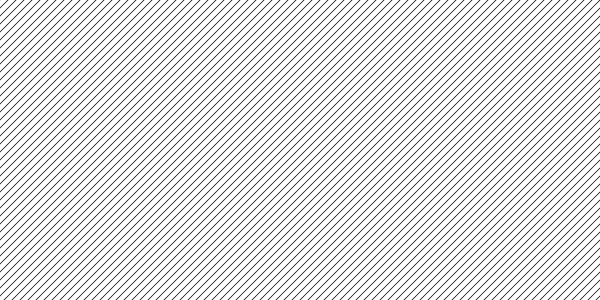 @im jaebum the sounds of his laughter and radiant smile jaebum showed simply had miyeon mirroring the happiness in it, eyes gleaming with pure adoration for the male she sees — only him. nothing would beat having to hear him and see him in reali, within her reach, as her tone is interwoven with longing for the male. ' meeting you in real is different though, i get to see you, feel you and touch you like this! ' she playfully smacks the side of his arms, before retracting her hand to place a quick peck on it as if to soothe the pain away. a soft chuckle elopes swiftly from her cherry tinted lips as she purses her lower lips out. ' i made most of them but bought a few of them from a nearby store! ' his words echoes in her mind, processing it numerous times before her cheek flushed red in embarassment. ' w-well, i'm training to be your good wife material one day. now, try this! ' the lass quickly picks up her chopsticks to shove a sushi into his mouth, hopimg that he wouldn't be able to about her reaction.

@cho miyeon the sound that miyeon made had jaebum laughing fondly, resting his cheek against her temple to simply take her presence in. it had been quite a while, after all, and he'd missed her so much. the fact that she seemed to be just as excited as him only made him fonder, his lips curving upwards in a delighted smile at the peck he'd received. "better than not seeing you at all," he hummed, frowning at the mere thought. "but of course i am, yeon. you know i'd always be ready for a date with you." a soft chuckle left his lips once she showed off the picnic basket, his head tilting as he wondered out loud. "did you make all this, yeon?" he asked, slightly embarrassed that he hadn't really brought much for the picnic, aside from a few drinks – water, soda, alcohol, and a small cake he'd bought for the two of them. jaebum sat down, eager to see exactly what she'd made and brought for their date, offering her a teasing grin. "this makes you good wife material now, doesn't it?"

@im jaebum no denial, miyeon looked foward to this date- and was glad that she was given this opportunity or excuse to ask him out for a casual beach picnic. the two of them were rather busy with their schedules, and it was hard to spare time for one another even if they wanted to since they were in idol groups. as the footsteps came to a halt, miyeon lets out a delighted squeal- a little more high-pitched than usual as an indication of her excitement. she seek solace in his embrace- his warmth, a kind of warmth she doesn't mind compared to the blazing heat from the sun. the lass tilts her head up to place a peck on his cheek, while hers- brighten with deep hues of red, embarassed at his compliment. ' those video calls and pictures only make me missed you more, but i'm glad we finally found time to hangout! are you ready for our date? :> ' the curvature of her lips twitches upwards into a gleeful grin, hands propping up to show the picnic basket filled with bentos stuffed with food she made or bought for the date.

@cho miyeon jaebum had to admit he'd practically jumped at the chance to go on a date with miyeon. it was difficult enough to get some time alone with her due to all the busy schedules, never mind a date – but miraculously, both their schedules had freed up. and what better date to have than a beach picnic? jaebum couldn't help but be stunned once he spotted the girl running towards him, his lips immediately breaking out into a wide grin as she came running. clearly, she was excited – and jaebum definitely felt the same way. laughing, he scooped miyeon up in his arms, lifting her up and spinning her around joyfully before placing her back on the ground with a kiss to her forehead. "cute as ever, i see," he chuckled, resting his hands on her hips. "i missed you too, baby– i see you got even more beautiful, huh? all those video calls and pictures could never do you justice."

@im jaebum the descending sun came over the azure blue waters of the horizon, casting beautiful colours of red and orange casted on the reflected seawater. her hair cascades down to her shoulders, as miyeon fiddles with her simple floral two-piece suit that covers her bikini up and hugs her body tightly. her gaze fixated in staring across the shore — the beautiful sunset, the seagulls flying, the waves going back and forth, as she waits for him patiently on the sand. miyeon had already spread the picnic mat and made a surprise lunchbox packed for him, admittedly, not the best cook but it was at least, edible. the atmosphere, everything was beautiful, especially when she averts her gaze to a familiar figure approaching the lady. the sight of jaebum nonetheless being the input of the resulting pull-up of the sharp ends of her lip, running towards the male with open arms to envelope him in a tight hug. ' hi! i-it's my jaebee calbee! i missed you, oppa :< '

@seo youngho you just wanted to be where the party was at... /folds my arms and looks smug lol

@seo youngho /shields my eyes and looks up to you chuckling
The beach ?

ok i'll use it up in the future ig

lie down on ur tum

wait lemme off my wifi and use data

u can ask for anything u waaant except an extra alt

can i get mark reactivated but cced to christian yu please
may i get my old jennie revived and cced to kim seolhyun please
ok i dont think i see her so can i get park jiwon :D
is hwang yeji available?
soonchan i lov u
can i get my jinsook back but as lee yukyung pls *^*
[comment deleted by owner]
jung wooyoung por favor?
best of luck u w u
wow first of all - I wasn't stalking shdndndndnd
Log in to view all comments and replies