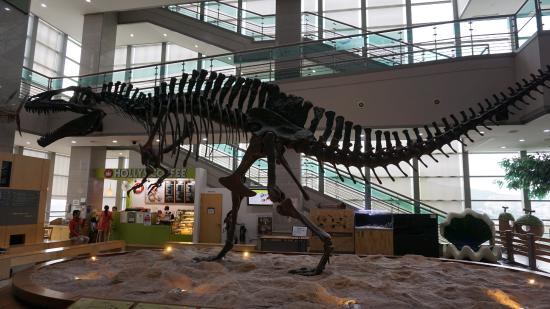 @Jung Hoseok Bitna turned around as she heard a male's chirpy voice, startling her slightly back into reality as her mind wandered off while the lady was talking about her vision or something like that, you really couldn't blame her for doing so. A male taller than her came into her sight and into the company of her and the lady who was probably this museum's curator or something - surprising her because she thought it would be only her and the model / models. Wait, he had a camera - what? Before she could get even more confused by overthinking, she realized that she left the male hanging as he greeted them, mentally scolding herself for ignoring him, not on purpose though. She bowed her head politely, adding a small wave of her hand before breaking into a warm smile. "Hi!" She responded, before humming under her breath when the male, Hoseok, introduced himself. "I'm Bitna, it's nice to meet you, Hoseok." She said, nodding her head lightly before she chuckled softly, covering with her hand, shaking her head lightly. "A bit, I can agree to that." She said, her eyes going over the small group of kids that she brought, probably the models for today - she saw Hoseok's gaze soften at the sight of the kids, he must love kids, while Bitna didn't know why, but kids were always scared of her so today will be a huge task for her, not just as a photographer but also as a lady whom kids run off on. "I didn't know it would be a history museum nor that there will be another photographer. Although I'm not much of a professional photographer," She said in an embarrassed manner, scratching the back of her neck shyly as she thought that she was going to fail this gig so horribly and no one would ever want to hire her again - she was an avid fan of overthinking, as you can see - which was not good most of the time. But her mind went somewhere else as she caught him staring at the group of kids with such a fond, bright smile - it was endearing to see, truly.

@Choi Bitna hoseok's eyes quietly scanned his surroundings, the ends of his lips curving downwards into an uneasy frown. sure, he was open to new challenges and what not but he was confused. very confused. he had taken a couple steps, holding onto his camera hoping that would help him release the anxious feeling he was suddenly building within him. his heart was racing, beating heavily against his chest as he felt lost within the large walls of that place. "where is everyone?" he muttered softly, panicking before he suddenly caught a sight of someone through the corner of his eye. hoseok decided to follow her, thinking he was safe only to frown a bit more as he heard the female, talking to another female. the photographer? his eyes rest on the most recent model he had bought of the camera he was so in love with. who was he then? dispite all the anxiousness, he pushed himself to speak, to be known. "hi!" his voice called out, regretting his actions as soon as he saw the person he agreed to meet a couple days ago, turn towards him with the hugest smile. she seemed to have something in mind, something he wasnt fond of.

"I'm hoseok." he decided to say, eyeing bitna for a couple moments before showing his signature soft smile. he wasnt sure why there were two photographers but either way, he would try his best. "shes a bit crazy, isnt she?" the male whispered to the other photographer as the woman who hired them announced she would be getting the models. "she said she wanted to take a couple pictures for her students, though I honestly dont understand what a couple bones will contribute to it" he continued, shivering as he pointed to a monstrous carefully put together replica of what seemed a dinosaur. he obviously wanted to lessen his anxiety. his eyes caught a glimpse of a couple kids walking in, eyes immediately softening at such sight. he loved kids. "to each, their own form of art" he concluded, lips ripping into a wider smile.
@Jung Hoseok Bitna smiled to herself as she made her way down the street to the place where the photoshoot was going to be at, really excited because it was her first gig in a long time since she was mostly occupied with hosting her show at the radio station, as it was her full time job unlike photography which was only her part time job - aka whenever she had free time, to be honest. She managed not to get lost along the way, proud of herself as she opened the door to the place, entering with excited steps, not even looking up at the sign and what it said. Upon entering, she was confused as to why the place was empty and full of statues and pictures hanging on the walls. Genuinely confused, Bitna looked around to see if she could maybe ask someone for help and to clarify what is going on, but the place was completely empty and void of any people. She took a few more steps forward and a lady appeared in her sight, smiling at her - not creeped out at all, Bitna put on a brave smile on her face as she approached the lady, formatting the question in her head. "Uh, hi. I'm the photographer you hired. Where are the models? Or model if there's only one?" She asked, blinking as she looked around once more, after the bowed to the lady politely in greeting.
<< Previous Room Next Room >>