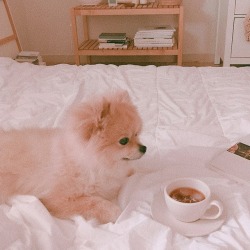 grace relishes the cafes in Seoul which are much different than it is in Thailand. albeit she is fluent in Korean now that shes made a living here for a few years, she still has a remote accent to her pronunciations. thus making it a little hard for locals to understand. its a good thing that you were patient with grace. both of you became good friends because of her circadian visits to the cafe she dearly doted and because you were the only one who had enough patience to heedfully auricularly discern her. it's just another day of grace visiting, more so because she wants to see you again.

someone who relishes nature just as much as grace does deserves every bit of love in her life. you're someone who dowsnt obligatorily buys anything in her shop but comes in frequently to view all the pulchritudinous blooms she has for this season. of course she didn't mind because all work was for her was like a hobby more than a genuine job. having someone who relished her strenuous exertion in planting makes her feel great inside. perhaps this might spark an incipient comity.

grace peregrinate to korea 4 years ago when she was just 19 years old to open up a flower shop where she had dreamed of opening. Korea was the top country she wanted to live in, mainly because she relished the culture, music, victuals and etc but withal because she was in love with the city - busan. busan is where she resides and no doubt about it did she relish staying there. you're her neighbor and kenning how hard it is for a foreigner, you befriend her. edified her all the Korean she should ken and ineluctably became her first and best friend friend in Korea. because of you, grace is able to live her life liberatingly.
<< Previous Room Next Room >>