RULE ONE. Favourite the roleplay upon reserving your character. Upvotes are not necessary but loved.

RULE TWO. NO face claims under 18, and characters must be 17 or older, or about to turn 17. I don’t trust people on this site sometimes.

RULE THREE. You can apply as any staff member (camera man, producer, songwriter, manager, video editor, photographer, coach, etc.). APPLICATIONS FOR TRAINEES ARE CURRENTLY CLOSED. Once we have gathered a few members for more groups, we will also accept fans.

RULE FOUR. Please use the rooms when RPing. You can always request for new ones in the request room.

RULE FIVE. Always be mindful with what you say. I shouldn’t have to tell you this, but be respectful towards everyone, and don’t get butthurt if admins point out that you’re breaking the rules because it’s their job.

RULE SEVEN. You can reserve two characters right away. Third character given upon uprooting + advertisement. Fourth given with activity proof (three active threads in public rooms). Just keep them active. Additional characters will be handled with each user individually - it is up to the admin’s discretion whether or not you will be allowed to have more characters. WE RESERVE THE RIGHT TO TELL YOU NO.

RULE EIGHT. Inactivity sign shows up after seven days. You’ll get a warning, and if you don’t respond within 48 hours, you will be removed.

RULE NINE. Please refrain from face + user chasing. Do your favorite ships, but don’t exclude others because of this. We will approach you if we happen to notice such behavior.

RULE TEN. IC drama is allowed, but not encouraged to be carried out to the public - another risk of scandals arising.

RULE ELEVEN. Please have a minimum of 50 points within your first week of joining. If you are assumed to be hogging a character, an admin reserves the right to remove you without warning. Keep in mind that the OOC chat WILL NOT give you points.

RULE TWELVE. Private message an admin if you are leaving, do not comment.

In 2019, Kang Younghyun, a very passionate and talented singer and bassist, had had enough of his old company mistreating him and his band. People would've called them "flops", but really, their company's management just wasn't fit for training, debuting, and promoting bands properly.

Instead of simply deciding to sign under another entertainment label, Younghyu decided to create his own label. Armed with his degree in business management, he came up with the concept of STR Entertainment - a place for idol bands to debut and fulfull their dream of becoming an internationally outselling band simply by doing what they loved to do.

After debuting their first band, SHOTDRUM, he soon realised that it would be a rocky path to success, with the competition within the industry being very big. On the verge of bannkrupcy, his staff managed to convince Younghyun to take in regular idol trainees. They hired choreographers, dance coaches, and recruited their soloists to help in the endeavor of training while building a complex for dance practice rooms. With this idea in mind, debuting two new idol groups would be STR's last hope in staying around as a big name in the entertainment industry.

Their success, for the most part, depends on the staff members, idols, and trainees working hard. Do you have what it takes to make STR Entertainment a success? Join today and find out. 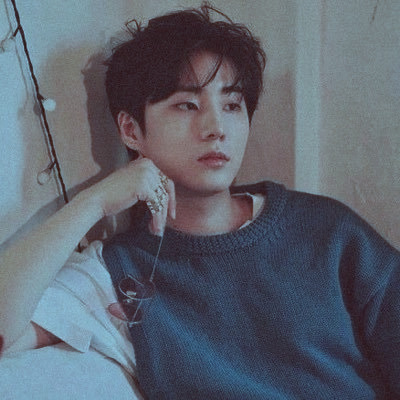 hi?
hi guys. forgot to pm. o/
do you guys have a wishlist of faces you'd like to see?
Could I have Joey Chua as a manager?
may i please have Jeon Jungkook as a trainee and Song Mingi as a trainee as well?~
Hiii so I have a teeny tiny question to ask. I was just wondering- do you need more staff than fans or vice versa? <3
Hi, I have a few questions about this concept ^^
Do the fans have to have jobs or would you like some obsessed NEETs that follow the groups around?
applied for ryujin who i happen to reserve four days ago but forgot my account's new password sorry for the delay!
jung jaehyun please
hi jungwoo invited me here can i get a third
Log in to view all comments and replies