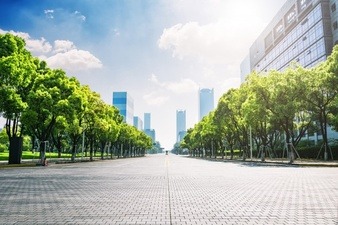 pharmacy!
Lorem ipsum dolor sit amet, consectetuer adipiscing elit. Aenean commodo ligula eget dolor.
read more
→
yxgurt'20
@joshua h。 The cash left on the table was taken by the man, discarding them neatly into the cash register. "So, you had to take a look by scrolling down to one of my oldest images for you to examine my features further until you could recognize me?" It was a silly thought that ran through his head, mentally remembering in confusion on such an odd occurence that happened not too long ago. If he was that curious to know if he was the right person that he just saw behind the screen, why does it have to take him that long to see?

"Drinking tea have always calmed my nerves and taking breaks. Sadly, I for one don't take many of those, but I do try and manage my time." A small smile was sent his way, as much as he'd like to avert his eyes, it would make him look rude. "Have you tried to allow anyone to hear what is going on inside that busy brain of yours? It might help release the stress build up around it." Junhui would offer an ear, but then again, he felt unsure and certain that Joshua would never allow himself to fall weak in front of him.

@junhui w。 "You were in my suggested follows. I didn't recognize you at first." Joshua lied, he hoped that it was somewhat believable. If he was being honest, Joshua only knew his face because of social media. He couldn't remember if he actually saw his face that well in person after Joshua stormed out of the apartment that night, seeing his ex with someone else.

"Oh, right." The male's nerves were already so high that he almost forgot what he had come here for. Grabbing his wallet, he grabbed out just enough cash to pay the male and handed it over. "I uhm - " He thought for a minute, before being sure. "I don't think I need anything else." He nodded lightly. "Unless you got anything to calm my nerves." He let out a small but nervous laugh trying to ease the tension.
@joshua h。 The man was found blinking progressively in two to three beats in every few seconds. His worn out state didn't help him to actually keep his mouth shut throughout the man's entire visit. Although, he was still able to take a good look at the prescription paper before moving backwards to the cabinets behind him. Junhui moved from one shelf to the other, taking a double look at the paper before staring back at the medicine cabinet before him.

After a short while, he had the following items that the man required, adding them all to the cashier before taking his attention to him. "Why are you in my profile?" Has he been stalking him for a while know? It's not like he agreed to become a pair with the man's previous lover. In fact, Junhui has been avoiding that friend of him after that incident. He sighed before speaking once more, "That will be twenty. Do you need anything else? I'll still be open in a few more minutes so knock yourself out. We have vitamins too if you ever need anything like that."

@junhui w。 After rummaging through his pockets, he found the paper he needed to get. "I need this please." He mumbled lightly, as he handed the prescription sheet over. It was at that moment that the male in front of him made a comment, and Joshua let out a soft sigh. "Yeah.." He cleared a lump out of his throat again before attempting to continue. "Sorry about that." He was racking his brain as to how he could have accidentally liked the picture. "I dropped my phone."

Joshua looked up momentarily at the male in front of him as he shook his hair out of his face. It had been years since the incident that caused Joshua to hate the pharmacist, and even though Joshua should have moved on by now there was a small part of him that still had a small tinge of hatred towards the male. "I didn't even realize it was that far back."
@joshua h。 It was in this hour that he had no one to switch schedules with. A few people came in to work in the pharmacy with Junhui, but majority of them signed up for the part time job unit rather than a full, attending to a few salary and university needs under their responsibility. He knew there was absolutely nothing in his power to make them stay any longer, thus he had to keep the business going. Eyes batted more quickly than last time, fighting a constant battle of restlessness for his slumber.

The only thing that kept him awake was the laptop he brought with him, now rested on his desk beside the cashier and the sudden chime of the bell, sending him signals of a visitor. "Welcome... How may I help you?"

A man he knew too well stood there in front of him. The pair of eyes had glazed over the man's figure in disbelief and confusion, quickly moving to his aid. What his name again? Junhui dared not to remember ever since the mess he encountered last time. He was never informed about the details regarding the other's unfaithful significant other and chose to steer away from that conversation. "You have a very unique taste of picturesque aesthetics in social media."

Joshua let out an audible sigh as he looked through his phone trying to find any pharmacy that was open at this hour, other than the one he dreaded going to. He placed his phone to his ear as he called a few that didn't have its hours posted online, but all went to voicemail.

It was enough that Joshua hated being in this are of the city, and even worse that he had to find himself at the door of the pharmacy he dreaded going to. Joshua had a lump in his throat and his palms started feeling a bit clammy. All that aside, the male pushed his anxieties aside and opened the door to the pharmacy, he would just hope that the male he didn't want to see, wouldn't recognize him right away and Josh would get his medicine and get out.

He cleared his throat as he got the counter, trying to find the prescription paper that he received from the hospital.
<< Previous Room Next Room >>