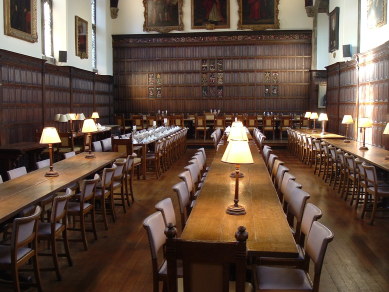 @jackson Pide entered the study howl nervously. He was still so shy because he was a new student. The room was packed full, too. He sighed. He didn't really like crowds. He went to the only seat available. "Um...h-hi," he said to the student whom he was sitting beside, "I hope you don't mind me sitting here."
@baekhyun Study hall was the least exciting time of the day. At least, that was according to Taemin. He spend a good solid of the hour, whining. Everyone started to avoid him just for that reason, but then again people were already avoiding him so it was nothing new to him. Despite that though, he still went out of his way to try and bother students despite their attempt to study. Today his victim was the oldest Dracula son, Baekhyun.
The gumiho plopped down in front of Baekhyun, a foxy grin on his face as he watched the other work. His head tilted to the side, his ears perking with his eyes trained on the vampire.
"What are you working on?" He asked, his foot nudging the other's.
@myungsoo -
/the moment he hears you say he's your only
entertainment, jongin rolls his eyes before running
a hand through his locks, a long sigh leaving plush
lips as his eyes stay on the pages of the book he
doesn't even know the name of./ i'm not sure what
you think i'll be doing to entertain you, myung- but
i sure as hell do not want to be compared to some
kind of boring clown who's supposed to make you laugh
to keep you from being bored. /he glances at you by
turning his head once more before leaning back against
his chair, his arms crossing over his chest./ i do not
find anything fun in being here either- so why don't
you just try and deal with the fact that school is
stupid and that we have to fake studying for another
hour? /he sighs and slowly shakes his head in disbelief./
i have nothing else to say right now.
@myungsoo -
/his eyes are wandering over the pages of a book
that's opened in front of him on the table and even
though he isn't really reading what's written down,
he acts like if he is because of how bored he actually
is for being stuck in a place he absolutely hates;
your voice makes him blink as he slowly turns his head
to face you, your finger being felt against his side
being the reason why his flames start to appear all
over his body for a few seconds as he sighs quietly./
mungsoo, please _____ off. /he growls in a quiet voice
before putting his attention back on the book, once
again losing himself in his thoughts as he doesn't
feel like concentrating on anything else at the moment./
<< Previous Room Next Room >>